In ‘My Life: The Boy on the Bicycle’, we are taken on an unprecedented and fascinating guided tour by 16 year-old Syrian boy, Ahmed, through one of the biggest refugee camps in the world – Zaatari in Jordan. Ahmed is like any other boy his age, except he’s had to leave everything behind, including his toys and technology, to move to the refugee camp.

“It explains the realities of the Syrian crisis better than any grown-up show or new report, everyone should see it”

The Boy on the Bicycle 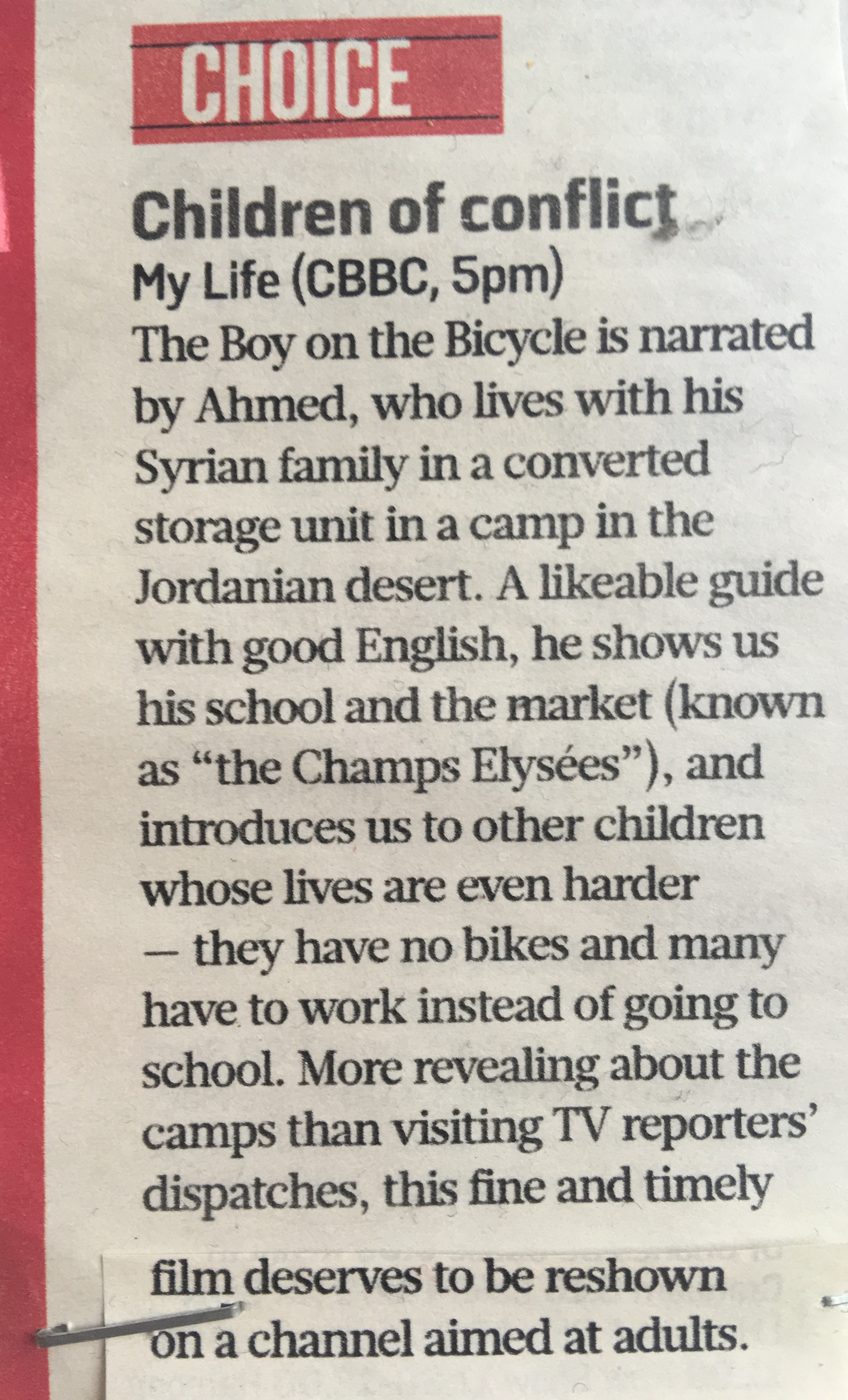